What are some of the factors that affect the economies of different countries in terms of the global Forex trading market?

If you examined currencies closely, you would see that exchange rates simply don’t just change daily, instead, they will change almost by the second. This is because there are many underlying factors that influence these changes. These changes affect all of us, not just in the Forex trading market but if you are thinking about planning your next holiday, shopping online, or importing from abroad then you will need to be up to date with these changes. 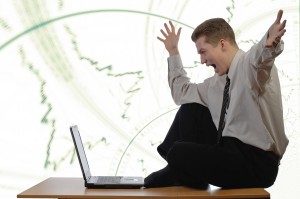 Clearly, if you are in the Forex trading business it pays to be able to keep abreast of what’s happening in a particular currency market and similar to any other commodity, the value of the currency rises and falls depending upon the natural forces of supply and demand. People need to spend money. That’s a fact of life, and it is this spending that has an impact on the nation’s money supply. The main reflection of this supply and demand is mirrored in the country’s foreign exchange rate.

When the economy of a particular county falters, consumer spending will also be on the decline and inevitably, people and businesses will be a little hesitant to trade in that currency. This leads to the currency value plummeting and as a result, it will not be as strong as other currencies with good economies. On the flip side, when an economy is buoyant and consumer spending is up then the value of the currency will be lifted and strengthened.

Consumer spending itself is influenced by a lot of outside factors. Factors such as government initiatives, levels of employment/unemployment, prices of goods and services, and interest rates are all key components. With this in mind, let’s take a closer look at some of these deciding factors.

Employment levels are without a doubt one of the largest factors that have an effect on consumer spending. When there are many people in work, the consumer has more money to spend and as a result, the spending rate rises, as does increased confidence in the currency. When it is in demand the currency is strengthened. However, when there are higher levels of unemployment, people clearly have less money and will only spend on absolute essentials. In many cases, even those still in employment will be concerned about their future and will reduce their spending because of the possible uncertainty. As consumers are watching every penny, there will be a build up of cash reserves and because the currency is no longer in demand, a depreciation in the exchange rate is likely to happen.

Like any country with a growing population, an economy has to expand with it. One cannot function without the other. For example, if the economy expands too quickly, then wage advances will not be in line with the general increase in prices that an expanding economy has. This means that even if many workers are in employment and earn more money on average, their spending power is still low because the cost of living is going to be ultimately higher. In terms of economic growth, most countries tend to aim for a figure of around 2% per year. A by-product of economic growth is inflation and when this happens a country’s central bank will typically raise the rates of interest to slow down the cost of borrowing. This, in turn, will have an impact on spending levels. On the flip side of this, you have deflation. This occurs in recession periods and is a definite indication of economic stagnation. When this happens central banks cut interest rates to increase borrowing and consumer spending in order to kick start the economy.

Generally speaking, a country’s central bank will try to act in the best interests of the country. This may mean lowering or increasing interest rates in response to the state of the country’s economic situation.

For example, they may lower interest rates in order to get people spending, or they may increase them to slow consumer spending. Many of these actions in conjunction with other factors have a deciding factor on the economy as a whole.

When it comes to Forex trading it is necessary to educate yourself about the global Forex market and it is important to understand that underlying factors can dictate what a particular currency is going to do. By having the knowledge in place it makes it a little easier for a trader to stay one jump ahead, and this is never a bad idea, particularly in the ever-changing currency market place.

Add
Enable Notifications    OK No thanks